Just a few hours ahead of Wednesday’s Commons vote to approve lockdown 2.0, a dozen sceptical Conservative MPs gathered in parliament’s grand committee room 14. Minds had not yet been made up.

Little more than a year ago, Tory MPs filed into the same room to cast their ballots in the leadership race that propelled Boris Johnson to Downing Street. Now, his party was being asked to support ordering the public to “stay at home” for a second time and many were deeply uncomfortable.

As the clock ticked down, eyes were glued to the laptop set up in front of them. Joined by nearly 20 more of their Conservative colleagues on a Zoom call, they grilled the Sage member Sir Jeremy Farrar as he made the case for the 28-day restrictions via video link. Edward Argar, a health minister, watched on virtually and closed proceedings.

The leading lockdown critic and former Tory minister Steve Baker, who organised the hour-long morning meeting, said: “The scene really was members of parliament wrestling with an impossibly hard choice, with vast uncertainty on both sides of the question, really profound consequences and a sense of what the hell are they going to do? They had the best opportunity they were going to get to grill the best advocate of the government’s position.”

Not everyone was convinced. “In some cases it was very successful, in some cases colleagues decided to prioritise other matters,” he added. Baker, who as the former ERG chairman is a battle-hardened leader of Brexit rebellions, said: “On this matter I took an early decision that it was not for me as an individual backbencher to be seeking to drive MPs to one side of the question or another. I felt that the proper thing for me to do as an organiser of my colleagues, the best service I could render them and the public, was to make the arguments available to them.”

Wednesday morning’s Zoom call wasn’t the only attempt to sway wavering minds on the back benches. Elsewhere, some former cabinet ministers were offered a virtual chat with Michael Gove – but it was the 2019 “red wall” intake where the government really focused its efforts to contain a full-scale rebellion.

Calls from Boris Johnson and prepared speeches given to MPs by the whips office appeared to quell any major outbreak of ill-discipline from newly elected troops. But the whipping operation was harder this time than the Brexit votes, because Downing Street cannot reach all the MPs who have concerns.

One veteran MP said there was growing despair about Johnson’s ability to steer the country through the crisis. “Dominic Cummings is also part of that,” the MP said in reference to prime minister’s most senior adviser, who the Guardian exposed for travelling to Durham during the height of the first set of restrictions in March. “And he is the one who is most in favour of locking down and just letting the economy tank.”

The anti-lockdown group is not tight, in the way that Brexit factions were co-ordinated. Some are from rural constituencies. Others are passionate libertarians and oppose lockdowns on a values basis.

But it isn’t small. Baker runs a WhatsApp broadcast list – which allows users to send a message to several contacts at once – entitled “lockdown sceptics”, which has 95 Tory MPs on it receiving updates, although colleagues cannot see who else is on it or reply to other recipients.

“What really worries me is that so many people were apparently quite happy to vote to deprive people of basic liberties,” one MP said. “That is how dictatorship happens. Adolf Hitler went through a constitutional process.”

One rebel MP said that whips had focused on the 2019 intake. “Lots of people that didn’t vote with us were bullied like mad yesterday, most of the young lot, new entrants, were given speeches by the whips and told their futures lay supporting the government,” the MP said. “Boris was determined. He was ringing everybody.”

Another MP, who did not rebel, said: “A large number of Conservative MPs think we are going to have to learn to live with this virus. So the approach he’s taking is burning his political capital with a lot of backbenchers.”

The government easily won Wednesday’s vote to impose new restrictions in England for 28 days, by a margin of 516 votes to 38, with Labour’s backing. Several of the 34 Tory MPs who rebelled told no one of their plans until theyvoted. “I didn’t talk to anybody else about this, apart from one neighbouring colleague ,” the MP said. “If you look at the list, there are some people who just don’t like Boris. That’s politics. But there were some who are traditionally much more loyal, who had to say, ‘No, I just can’t do this.’ ”

One senior Conservative MP, who voted against the new lockdown on Wednesday, told the Guardian: “You had some pretty heavyweight MPs in the no lobby or among those who abstained. Looking at Theresa May, who is not an excitable individual, denouncing the quality of the data on which we’re being asked to make this decision, and saying it was dodgy data, I thought was a remarkable thing.” 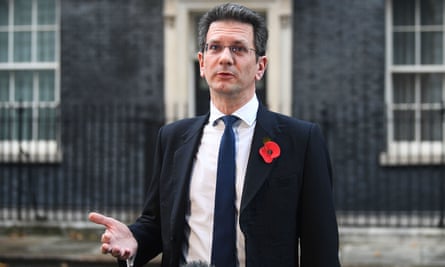 Several discontented Tory MPs said that now the vote was over, the rebels could now coalesce around specific demands. “Every time we vote on measures, more and more reluctantly, there is constant failure and no strategy,” one normally loyal MP said.

One persistent source of anger is a lack of access to data. Many complain that the data presented by Chris Whitty and Patrick Vallance is questionable or out ofdate.

“The government is almost creating a miasma of ignorance around what it’s doing,” said Chris Green, the MP for Bolton who resigned as a PPS over the local lockdown in his town.

“People want answers, they’re not getting them, and therefore people reject what the government is saying. Therefore, compliance with edicts will go down.”

David Jones, the former Brexit minister, added: “The evidence that has been produced is obsolete and therefore unreliable. I could not in good conscience vote to deprive so many of my fellow citizens of their essential freedoms on the basis of such unreliable evidence.”

Others say they believe their local authorities are coping perfectly well with coronavirus and cannot see the logic of imposing a lockdown on already struggling businesses. Jonathan Djanogly, the MP for Huntington, said: “In my local area, the head of the health service, the council, the MPs, the police, everyone gets together once a week and it’s amazingly cohesive, decisions are made within three hours when they could have taken three months before. It is incredibly impressive – they have managed the situation.”

He said he had been asked to support a lockdown without being given any data on the costs it would have.

A number of MPs said they expected ministers to try to extend lockdown on 2 December, and that if this happened, the government would need Labour votes for it to pass. One predicted up to 100 Conservative MPs would refuse to back another lockdown extension.

One senior MP said, “My reading of the temperature is that the centre of gravity – given that lots of people are very concerned about being portrayed as not caring about their local hospital being overwhelmed or their ICU not being able to cope – is very much ‘thus far but no further’. ”

That warning was echoed by Baker. “We have to come out of this with a clear strategy for living with the virus and we never lock down again,” he said.