A North London police station has been evacuated after a car crashed into the front of the building and a man set fire to the road.

Police said a car “collided with the station office” in Edmonton at 6.58pm and that a man had been detained.

“The vehicle remains at the scene,” said a statement.

“Specialist officers are in attendance while it is examined. At this stage we have not been informed of any injuries.

“The police station has been evacuated and a large police cordon is in place.”

Video shows a man in the road next to a bus stop – he pours liquid on the tarmac before setting it alight, creating flames about three or four metres long.

Several officers arrive and quickly bundle him to the floor and detain him. 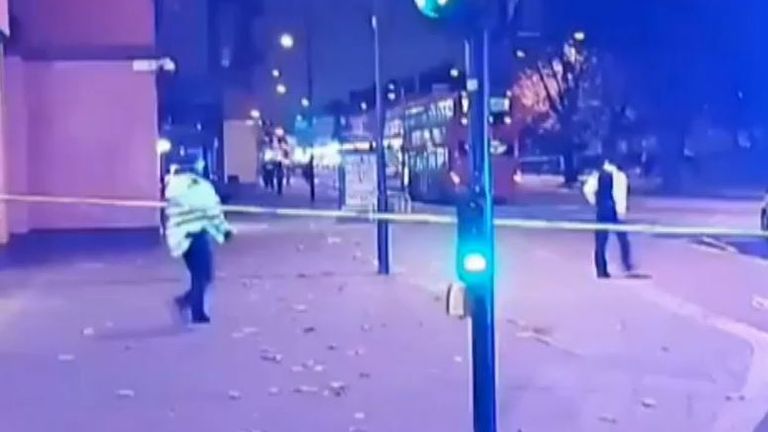 Another video shows the police car pull up, with officers shouting “stay back” as they pin the suspect to the pavement.

One officer rushes to get a fire extinguisher from the car and puts out the fire.

Sky’s home affairs correspondent Mark White said: “There is a real concern this may have been a deliberate incident… Nothing official to suggest that is the line of investigation at the moment, but of course in the last week we have gone up to a threat level of severe following terror attacks in France and Austria.”