Managers may talk about too much football in this busy season but players will always put their hands up for nights like this. Weak opposition, easy possession, lots of chances and a three-goal tally that could have been many more. If only it was always this straight forward for Gareth Southgate and England.

New Zealand were originally supposed to be the opposition for this one. When they couldn’t make it, the Republic stood in but their resistance was equally second rate. England played as well as could be expected when placed under such little pressure with players like Jack Grealish, Jadon Sancho, Reece James and Bukayo Sako furthering their claims for inclusion in the games that really matter.

It was a good night for Harry Maguire too. The defender was sent off last time he was here as England lost to Denmark and looked like a man in desperate need of some time off after his pre-season problems on the Greek island of Mykanos. 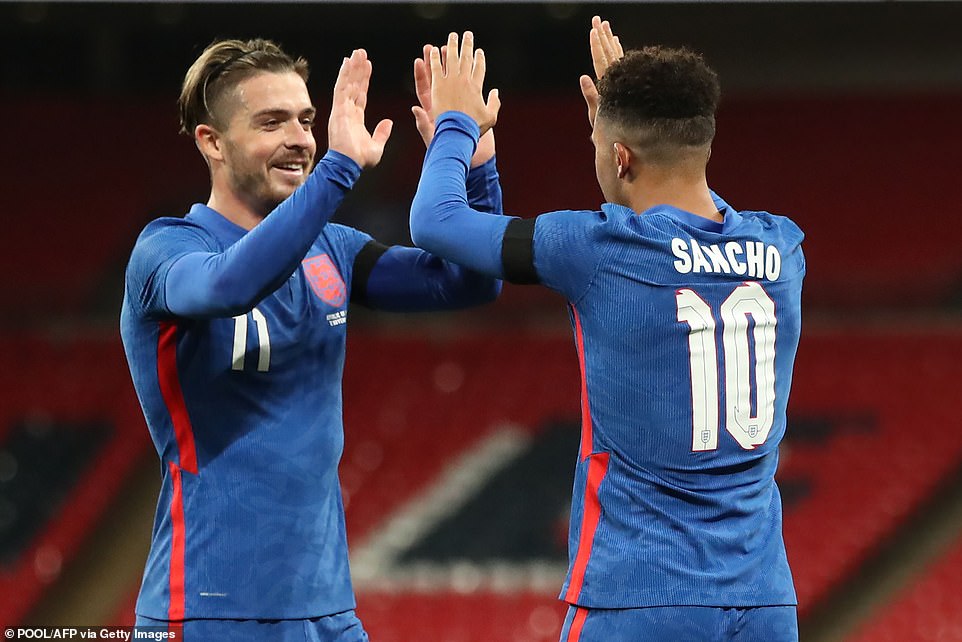 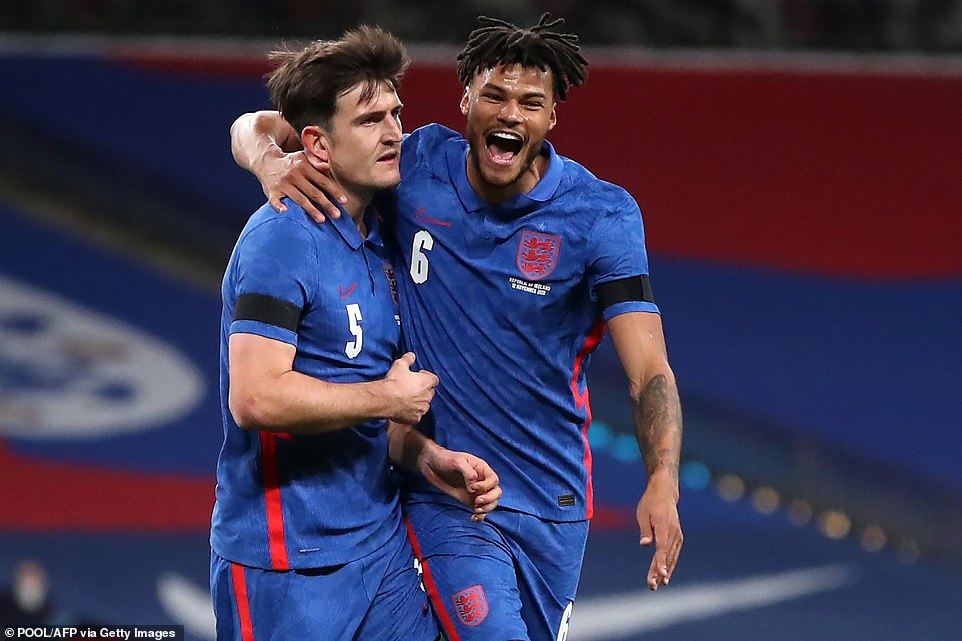 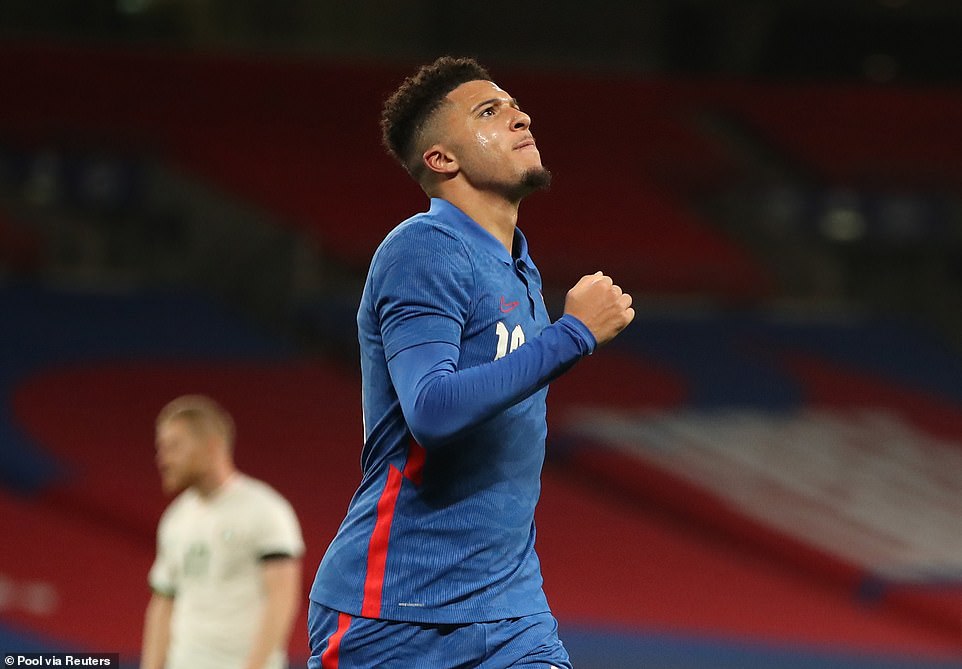 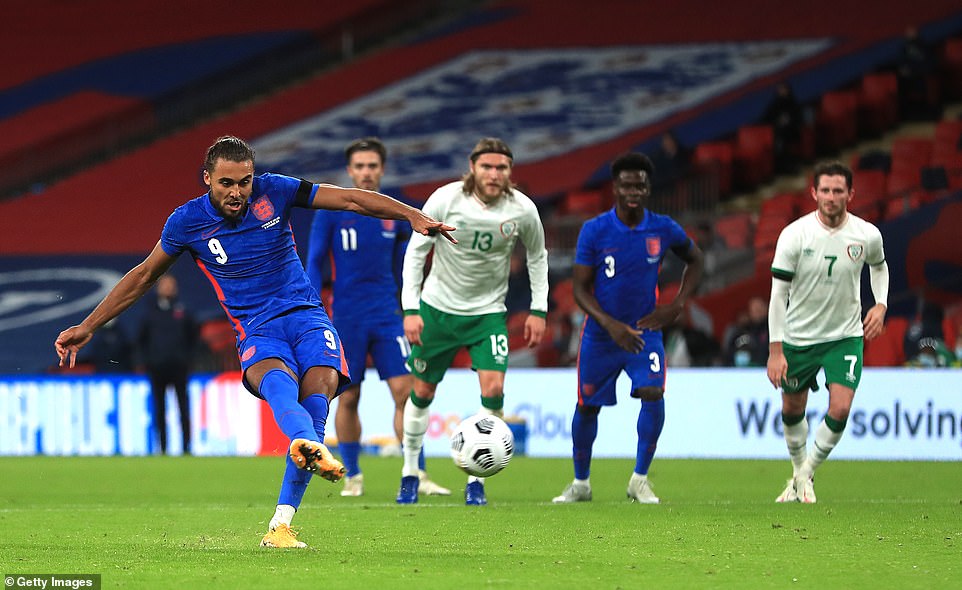 Dominic Calvert-Lewin then scored a second-half penalty, which he dispatched into the top corner for a second England goal

But since that miserable night against the Danes the Manchester United defender has rallied. His form for his club has been sound and here he was made captain in the absence of Harry Kane and responded with a headed goal that gave his team the lead in the 18th minute.

So there were many plus-points on a night when England were asked to lift themselves in the absence of supporters once again. Sancho scored England’s second and his first at Wembley just after the half hour before Dominic Calvert-Lewin drove in a penalty early in the second half.

Watching club managers will have their views, nevertheless. With two Nation League matches to come on Sunday and next Wednesday, they will no doubt have their opinions on whether nights like are necessary in the current circumstances.

As far as Southgate is concerned, what is he supposed to do? He has been a club manager and knows the irritation felt when players disappear for international fixtures. He is also a naturally empathetic individual and as such spent a large part of Wednesday evening speaking on the ‘phone to Liverpool manager Jurgen Klopp following the training injury to defender Joe Gomez.

However, he must look after himself too. He has a European Championships to contest next summer and is expected to do well. Pressure comes with all that during a time when the Covid-19 pandemic has played havoc with his own preparations over the last eight months.

Taking all of that in to account, this was probably the best outcome for everybody bar the Republic. England won and won well and Southgate will have no uncomfortable phone calls to make today after 90 minutes that brought no further physical mishaps.

Ireland were not so lucky. Manager Stephen Kenny lost central defender John Egan early on and things went south from that point on. Six games in to a reign that started with promises to change the way the Republic play, Kenny is yet to oversee a win and his team have scored just once.

Here they were never in it. England had too much ball and too much territory. Maguire headed in from a corner before we had played 20 minutes and from that point on the path of the game was set.

England played a 3-4-2-1 system with Mason Mount and Harry Winks holding the midfield and Grealish and Sancho pushing either side of Calvert-Lewin. Wider still were the bombing full-backs James and Sako. It worked well on this occasion and England looked dangerous.

Grealish brought Southgate’s team much of their energy and he continues to push his claim impressively and in a manner others could follow. He is not willing to take no for answer and he is deserving of consideration for the Belgium game on Sunday.

Sancho was also progressive and he took his goal well in the 31st minute. The Republic were struggling to clear their lines from corners and free-kicks and when England recycled one such loose ball, Grealish fed Sancho on the left and the Dortmund player cut in to the penalty area, opened his body and drove a low right foot shot in to the far corner.

Such was England’s dominance, confidence was always likely to come. Sako was one of the players who benefitted. The Arsenal player was nervous on his debut against Wales just over a month ago but was increasingly assured here. He could have scored when Tyrone Mings of all people set him up with a back heel just after half-time – poking a shot wide of the post – but then drove in to the penalty area six minutes later to invite a clumsy foul from Cyrus Christie. 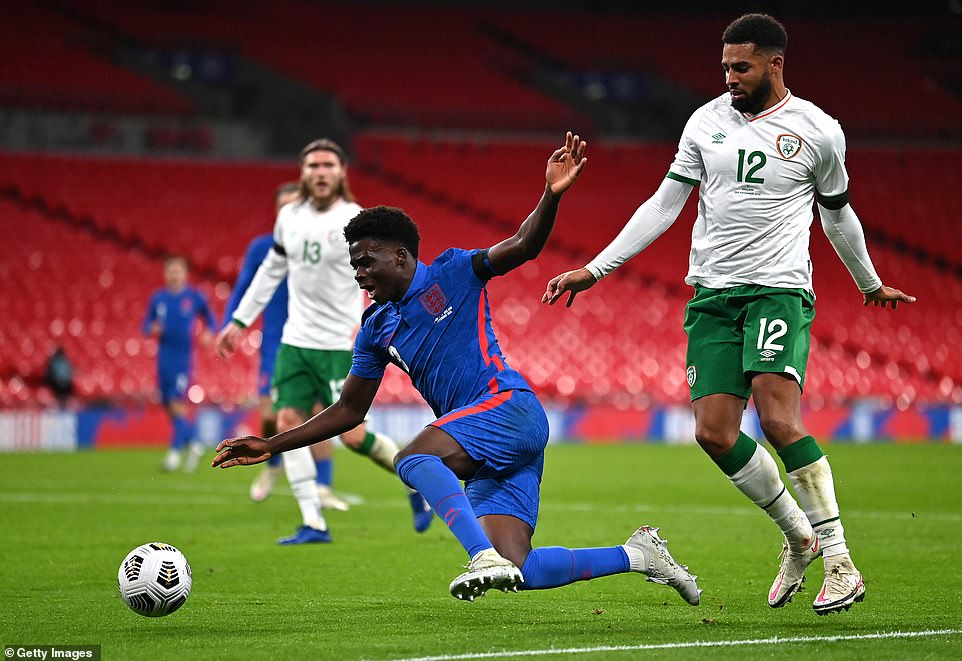 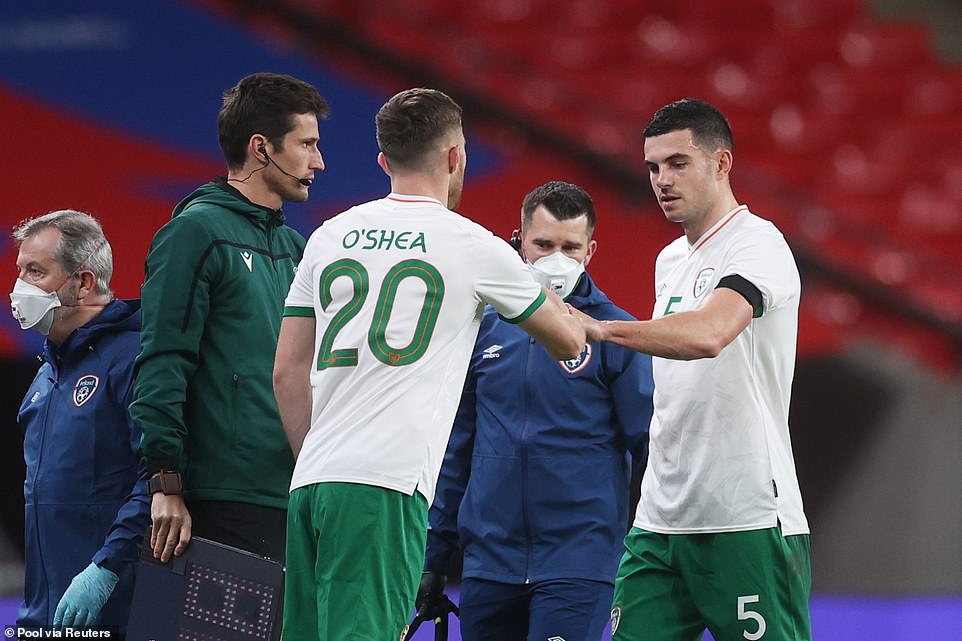 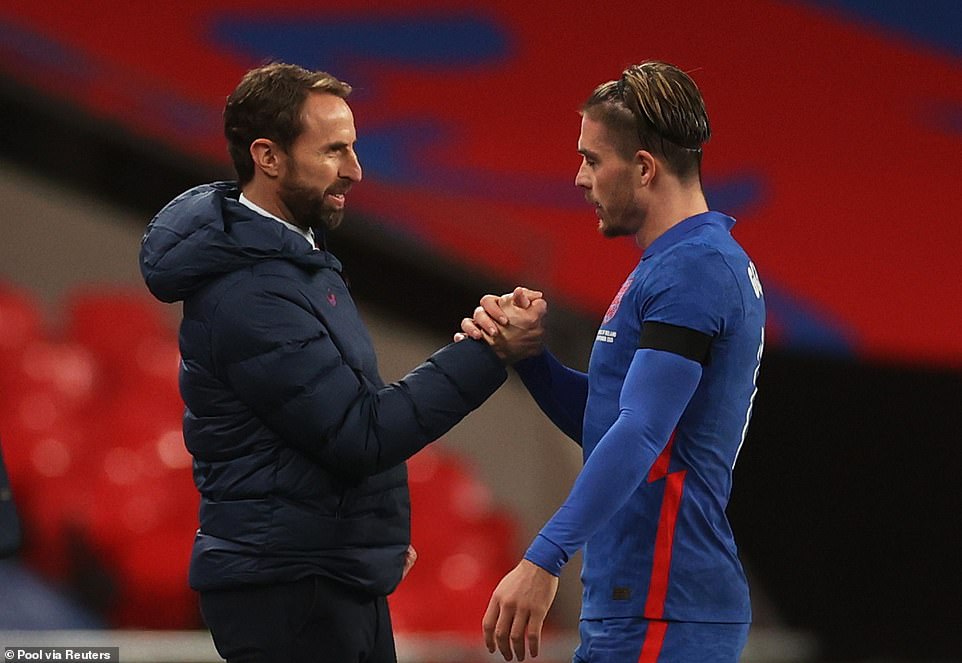 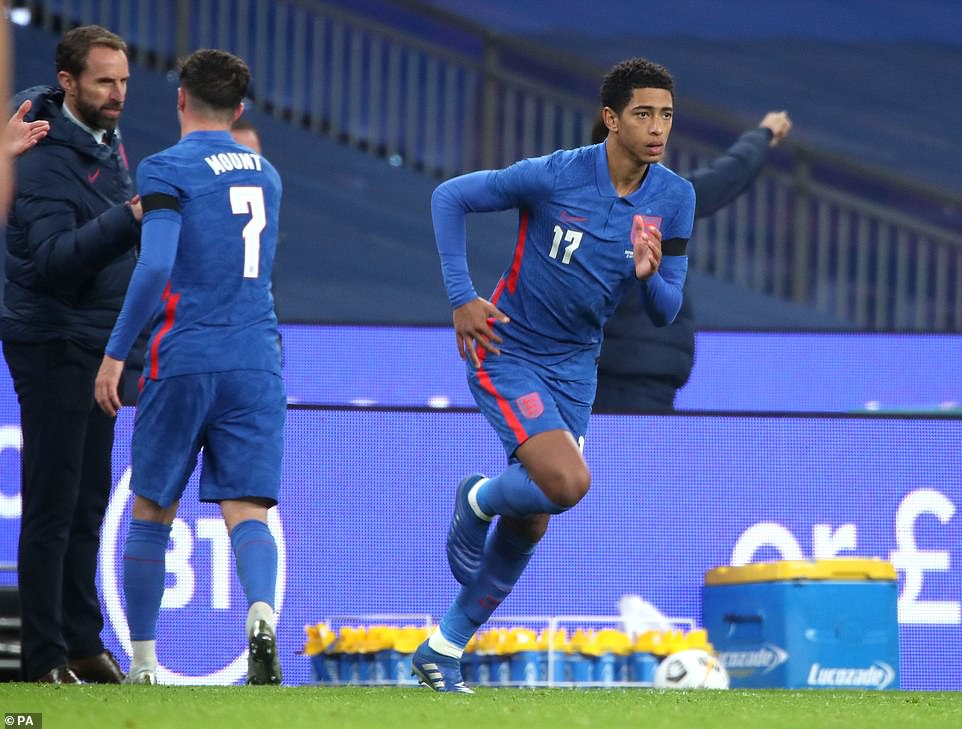 There was also a first England appearance for Jude Bellingham, 17, who replaced Mason Mount in the second half as well 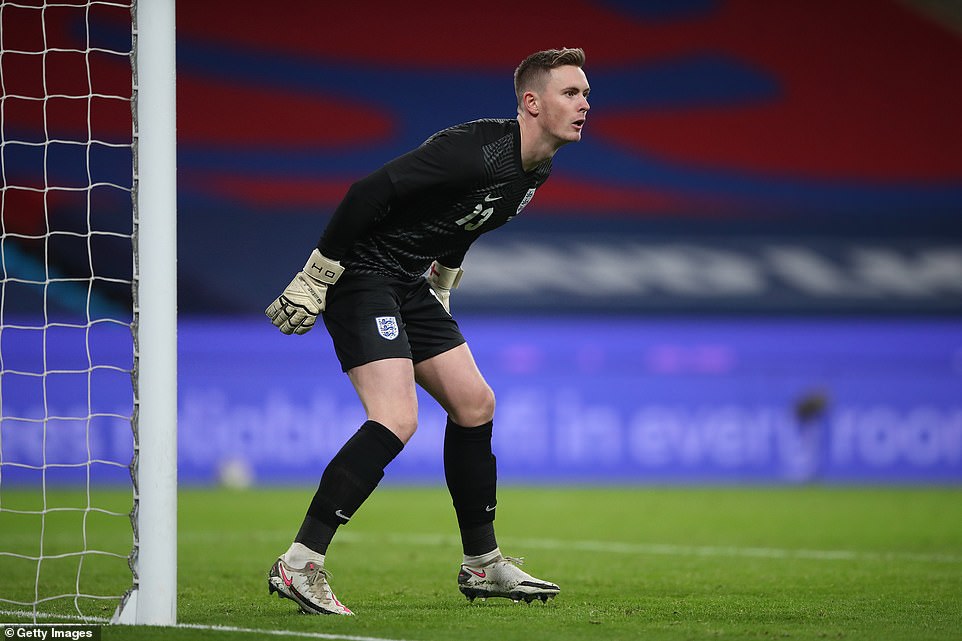 With Kane in the stands, Calvert-Lewin took responsibility for the penalty and took the kick beautifully, swiping a right foot shot across goalkeeper Darren Randolph and in to the corner.

Predictably, substitutions followed. There were eleven in all with Ireland coming out on top in that one, six changes to five. Inevitably the game became a little disjointed after that and as a result England lost a little of their momentum.

There was a return to the international field for young Phil Foden but the Manchester City player has lost his place in the queue a little following his night of ill-discipline in Iceland in September.

That can happen in Southgate’s squad these days. Competition is healthy which just as well as it will be a little tougher in Belgium this weekend. 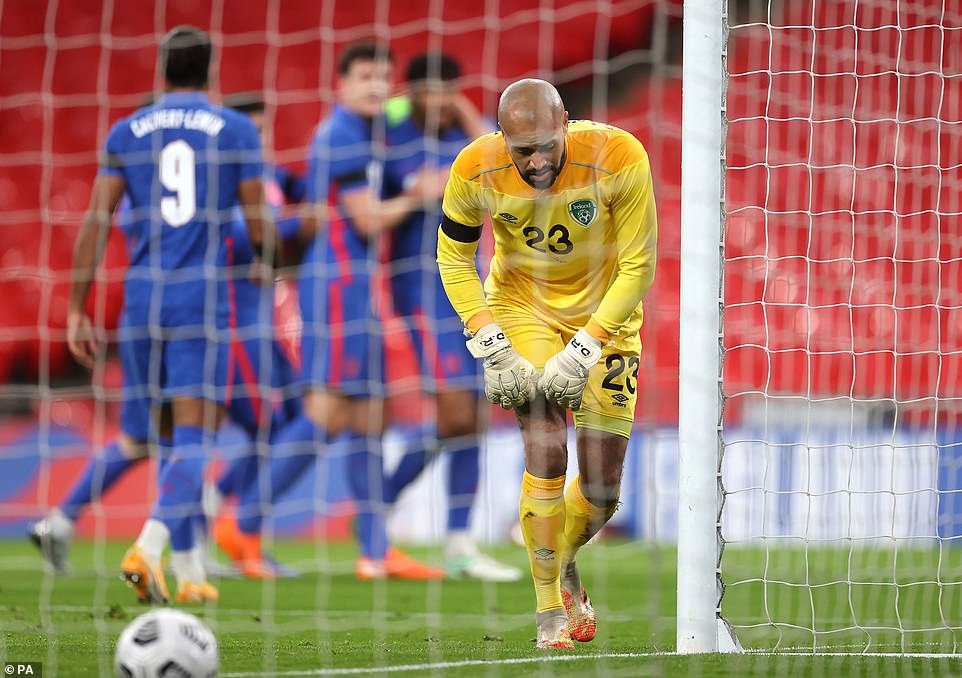 But at the opposite end of the field, Darren Randolph had a tough evening having to pick the ball out of his net three times 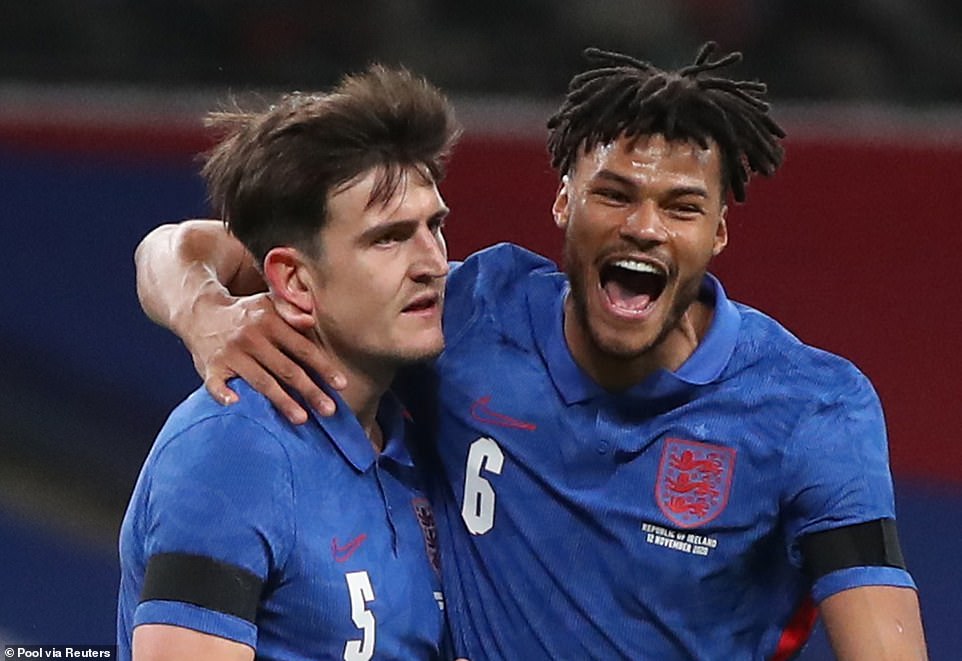 But since then the Manchester United defender has rallied. His form for his club has been sound and he celebrated the England captaincy here with a headed goal that gave his team the lead in the 18th minute.

So there were many plus-points on a night when England were asked to lift themselves in the absence of supporters once again. Sancho scored England’s second and his first at Wembley just after the half hour before Dominic Calvert-Lewin drove in a penalty early in the second half.

Watching club managers will have their views, nevertheless. With two Nation League matches to come on Sunday and next Wednesday, they will no doubt have their opinions on whether nights like are necessary in the current circumstances. 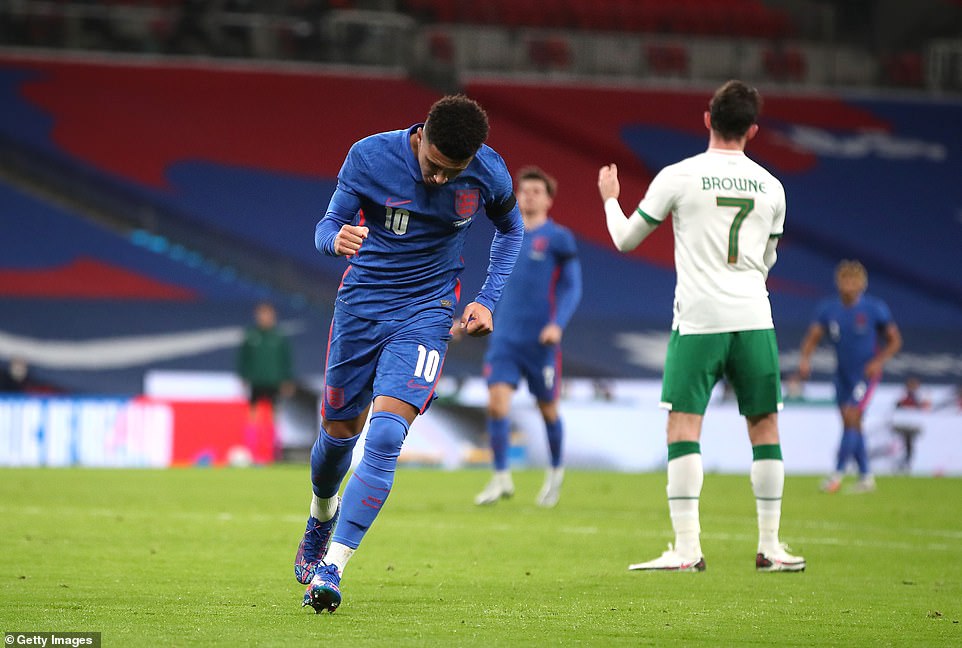 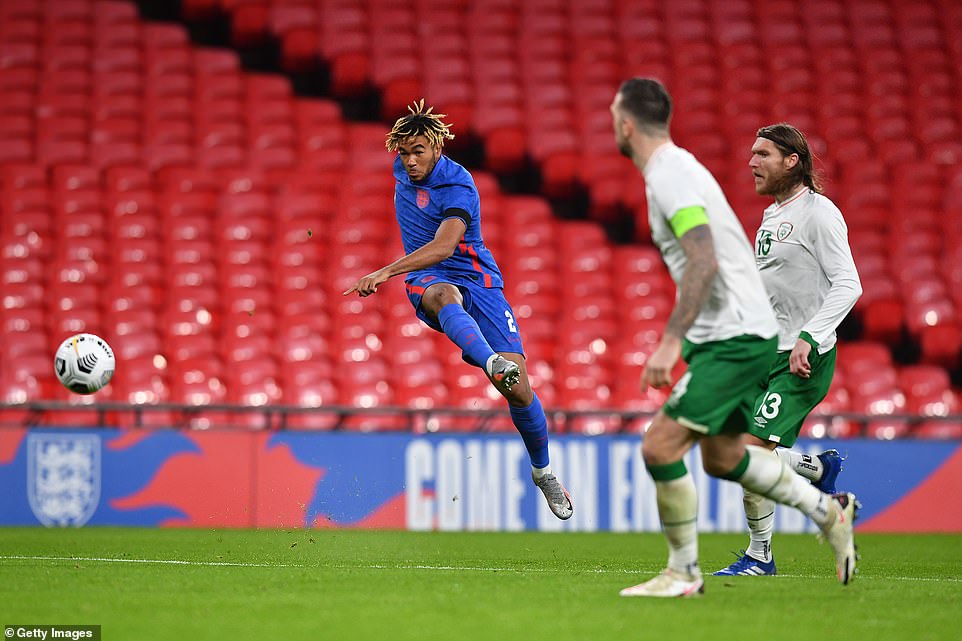 NFL with no quarterbacks? The league’s Covid-19 problems are just starting