The UK has lost nearly a quarter of its pubs since 2000. This statistic should terrify any right-thinking person. But what can be done? This Tom Kerridge series functions as a sort of Mary Queen of Shops for the hospitality industry as the chef-publican visits three diverse boozers and suggests repurposings and improvements. However, filming began just before the pandemic struck – and it seems sadly inevitable that the shattering impact of lockdown will haunt future episodes. Phil Harrison

The shortlist announcement for the literary prize was not without controversy, as Hilary Mantel missed out on a place in the final six. The eventual nominees are a diverse bunch whose books cover topics ranging from the climate crisis to dementia; from life in Zimbabwe to the female soldiers of 1930s Ethiopia. PH

Nick Knowles and the lads ride a wave of goodwill as they undertake this year’s challenge: transform a Swansea bus shelter into the country’s first surf centre for disabled youngsters. Local people lead the project but all materials, including banter and tearjerking moments, are supplied by the production. Ellen E Jones 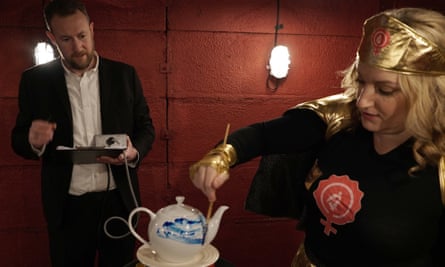 One for the pot? Taskmaster. Photograph: Andy Devonshire/Channel 4

The inspired idiocy continues: a welcome burst of serotonin amid the gloom of autumn 2020. Tonight’s tasks involve proving a love of watermelon; where that goes is anyone’s guess but Katherine Parkinson, Johnny Vegas, Daisy May Cooper, Mawaan Rizwan and Richard Herring are bound to have a take on it. PH

O-T Fagbenle’s insubstantial music-biz comedy continues. Pompous has-been Maxxx is under pressure from his manager to restart his career by getting a song written and recorded, but years of laziness and bad sex have left him running lyrically dry. Can he finally focus on the job in hand? Jack Seale

The World’s Most Luxurious Prison

A clickbait title for a clickbait concept, as Ann Widdecombe assesses the exception to the rule: a prison in Norway where inmates enjoy sushi suppers, private dental care and – more surprisingly still – humane treatment. Should jails be this plush? And should Widdecombe be the one to decide? Hannah J Davies 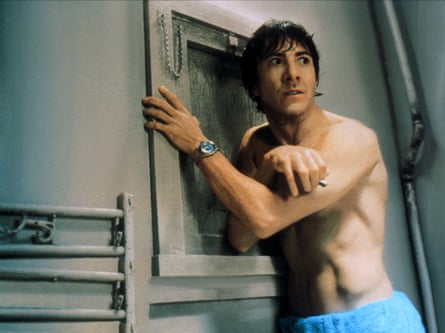 “Is it safe?” Laurence Olivier’s question opens one of the nastiest, most memorable torture sequences, with the old ex-Nazi taking the drill to Dustin Hoffman’s healthy teeth to extract information Hoffman doesn’t have. A consummate New York-set thriller. Paul Howlett