A Hampshire woman, whose identity was used by fraudsters to apply for a £1,300 universal credit advance, has been told by investigators that they are dealing with thousands of similar cases, and that “it could have happened to anyone”.

In March, the Department for Work and Pensions (DWP) suspended face-to-face interviews for new applicants.

Between then and October, 3.7m applications were made for the government benefit, which supports the unemployed and people on low incomes.

But while most were legitimate, some have come from fraudsters claiming in other people’s names, raising questions about the changes to security measures.

Advance payments are made to UC applicants who cannot wait the five to six weeks it takes for a claim to be processed as they have no money. They are in the form of a loan that is recouped from the recipient’s benefit payments, once approved, or their wages if they are still in work.

The first Jane Davies* knew that someone had made a claim in her name was when she received a letter from the DWP telling her that it would be taking a big chunk of her £1,334 advance from her November pay packet.

Davies, a single mother, says she has never claimed any benefits other than child benefit. She initially thought the letter was a scam.

None of the people I spoke to could help, except to tell me that I owed this money

Only after spending hours on hold and finally talking to someone did she discover that the demand was for real, and the government was set to recoup the money it had paid someone else claiming in her name.

“The letter warned that 20% of next month’s salary was to be taken and trying to get this resolved has been a nightmare,” Davies says.

“None of the people I spoke to could help, except to tell me that I owed this money. I reported the matter to Action Fraud and heard nothing. Similarly, I have tried to change my national insurance number, which I thought had been used as part of the claim, but all I get back are standard email replies – I’m going round in circles. I must have spent 30 hours on the phone trying to sort this out, mostly on hold.”

Until now, universal credit fraud has been almost exclusively carried out by people knowingly exploiting the system, or by scammers offering to apply for the benefit on the victim’s behalf and taking a cut of the payment.

Following the Guardian’s intervention, Davies was contacted by a member of the DWP’s fraud team, who, she says, told her that the department was dealing with thousands of similar cases.

“They said that this could have happened to anyone during the spring and summer as they were giving out advances with almost no checks,” she says. “I asked which bank account this payment had been made to – as it certainly hadn’t been mine – but the person wouldn’t tell me on the grounds of data protection.

“I was concerned that my national insurance number had been used by the fraudster but she told me that they wouldn’t have needed it to apply for an advance. I couldn’t believe what I was hearing. I suspect that I’m not the only one in this position and others are going to start getting similar letters.”

If her case is not, as suspected, an isolated one, many more households will be getting similar demands, and face having to spend hours dealing with the fallout as she has.

According to the DWP, Universal credit was, in part, introduced to reduce fraud. However, in May, benefit officials told the BBC they feared that as much as £1.5bn may have been lost in fraudulent claims. They said that some organised crime groups – as well as individuals – may have taken advantage of the system.

One official said he was concerned that hundreds of millions of pounds had been paid as advance payments, sometimes on the day, and that it would be far harder to get that money back as the recipients often could not be traced.

A DWP spokesperson said: “Fraud and error in the benefits system remains very low with 96.5% of benefits paid correctly. Any victim of a scam, who has not benefited from it in any way, will not be held liable for any debt. Instead, we will seek to recover any losses from the perpetrator, and in this case no money has been taken from Jane Davies.”

* Jane Davies is not her real name

What to do if you are the victim of identity theft

If letters start arriving for you from companies you have had no dealings with, this is not a good sign, and you should always open them and take the appropriate action. This may be the first indication you have that you have fallen victim to fraud.

Anyone who has had their ID compromised by fraudsters is strongly advised to check their credit file – and make sure that no other loans, mobile phone agreements or any other credit has been taken out in their name.

In the UK the three main credit reference agencies (CRAs) are Experian, Equifax and TransUnion and each holds a file on you showing bank and credit card accounts, as well as other credit arrangements such as outstanding loan agreements or utility company debts.

They will show whether you have made repayments on time and in full. Late payments or defaults will stay on your credit report for at least six years. Getting a copy of your credit report is free and you can access the report online or by asking for a written copy. 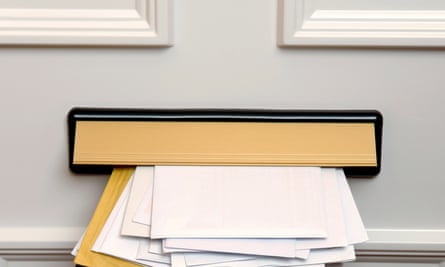 You should open any letters that arrive for you from companies you have had no dealings with and take the appropriate action. Photograph: Getty Images/Photographer’s Choice

If you find something that was not you, then you need to contact the company that put it there and dispute the matter. You can expect a time-consuming process and all sorts of problems with data protection as the company asks you for passwords that you may have no knowledge of because the account was set up by the fraudster.

For their part, the CRA firms have become better at helping consumers whose ID has been used to steal items. For example, Experian has a victim of fraud team to deal with cases.

If you see “victim of impersonation” recorded on your credit report and you are not aware you have been the victim of an identity theft (or an attempted one), do not be alarmed.

It is likely the record was made by an organisation to protect you, and that there is a letter on its way with an explanation (provided they know your current address and that they are sure the fraudster will not be alerted).

It is very important to deal with any unknown defaults that appear on your file. Fail to do so and you will likely be turned down for all credit – even a £15-a-month mobile phone contract. The Guardian is frequently contacted by readers who mysteriously are turned down after making their first mortgage application, only to find there was an unexplained default on the file that has been there for several years.