By Laura Fox For Mailonline

I’m A Celebrity fans have claimed Beverley Callard had an unfair advantage during Tuesday’s Trial, after being exempt from eating certain dishes due to her vegan diet.

The actress, 63, took part in the stomach-churning challenge Frights of the Round Table with Vernon Kay and Jordan North, and while they devoured disgusting animal parts she was served with plates of fermented vegetables.

Many fans were quick to question how Beverley could take part in the so-called ‘eating trial’ with her dietary restrictions, even after she, Jordan and Vernon managed to finish all the dishes, earning them 10 stars for the camp. 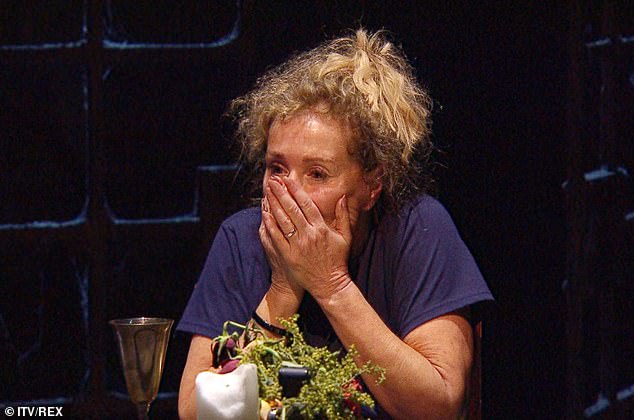 Really? I’m A Celebrity fans have claimed Beverley Callard had an unfair advantage during Tuesday’s Trial, after being exempt from eating certain dishes due to her vegan diet

Ahead of the trial, hosts Ant McPartlin and Declan Donnelly announced that Beverley would be served specific dishes due to her vegan diet.

The challenge saw the stars each complete two toe-curling meals, with the other four chosen at random.

For Beverley this meant finishing three dishes, fermented plums, fermented tofu, and a cheesefruit, which is known to many as ‘vomit fruit.’ 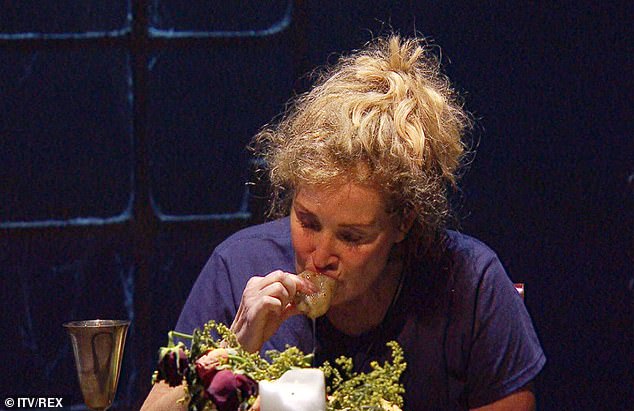 Gross: The actress tucked into plates of fermented vegetables and even had to finish a cheesefruit, nicknamed ‘vomit fruit’ 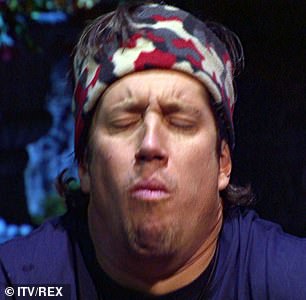 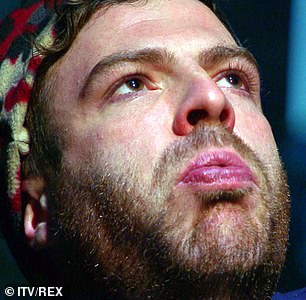 Yuck! Meanwhile Vernon Kay (left) and Jordan North have to devour an array of animal parts to complete the challenge, but were successful, meaning they won 10 stars for camp

Despite helping win a full house in the trial, many fans question whether it was fair Beverley take part in the challenge given her vegan preferences.

One wrote: ‘What vegan food can be that bad? Surely being vegan for this is cheating?’

Another added: ‘Vegan!! Is that not cheating?’ with one fan also posting: ‘Being a vegan is cheating on an eating challenge in I’m A Celeb surely!!?? Fermented plums and tofu against testicles and penis?’

One viewer also tweeted: ‘Beverley Callard being vegan since March is giving me real Pam being vegetarian energy.’ 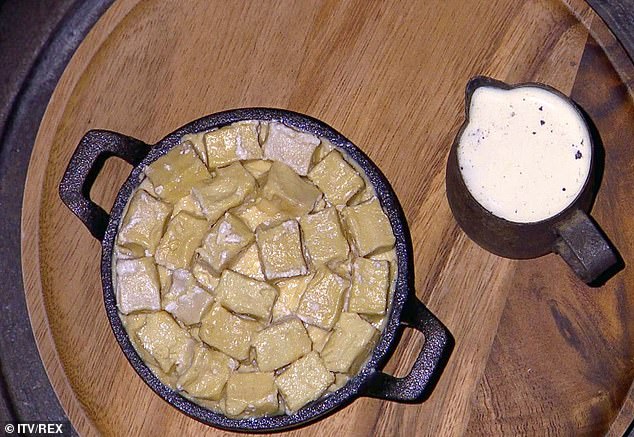 What’s that? One of Beverley’s dishes was fermented tofu, which upon eating the required five cubes, the star complained it was ‘absolutely disgusting’ 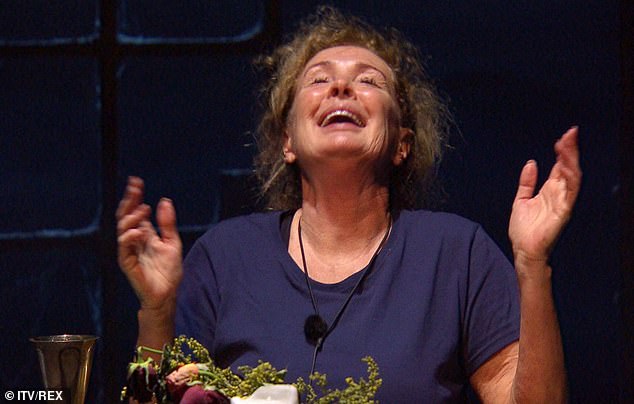 That’s odd! Despite helping win a full house in the trial, many fans question whether it was fair Beverley take part in the challenge given her vegan preferences 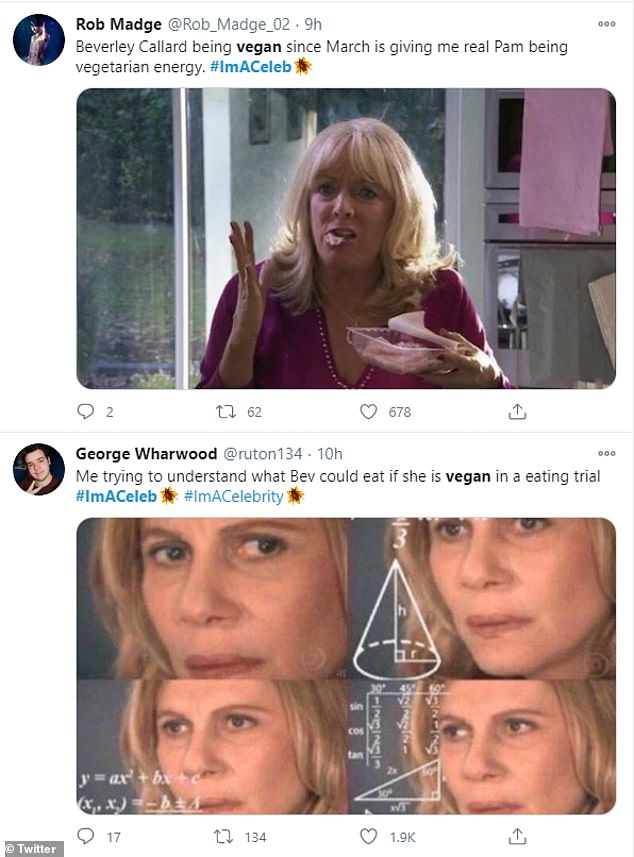 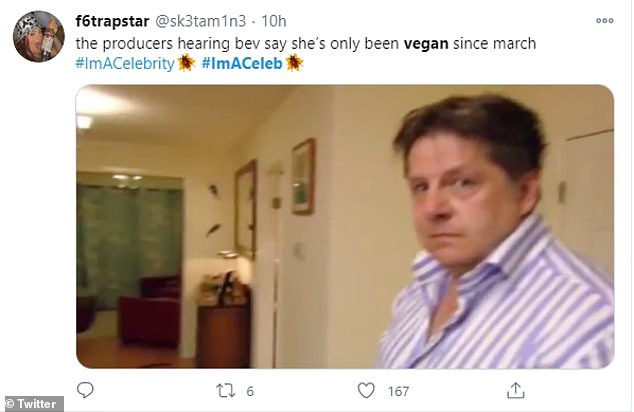 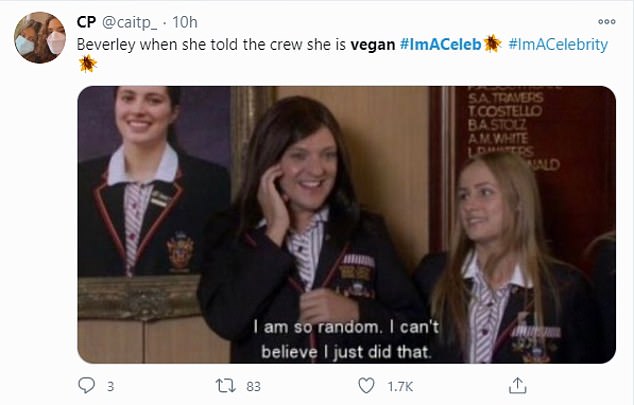 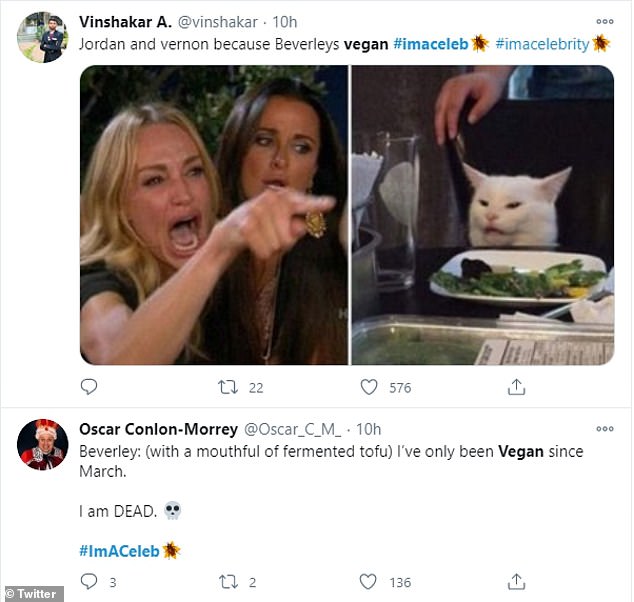 Annoyed: Many took to social media to share their outrage, with many shocked upon learning Beverley was a vegan

Despite her dietary preferences, Beverley, Vernon and Jordan managed to win all 10 stars during the trial, meaning the camp enjoyed a delicious dinner of quail.

It came in stark contrast to the previous day, in which they were left baffled after they were given slimy eel for dinner – despite winning nine stars in the trial.

And it WAS not the first time the first UK series of I’m A Celebrity has caused outrage with its food choices, after the celebrities were fed rabbit during Sunday’s launch show.

Tuesday’s show then ended with the news that two new celebrities would be moving into the castle – Russell Watson and Ruthie Lenshall – once they complete the trial Stage Fright.

I’m A Celebrity Get Me Out Of Here! continues tomorrow at 9pm on ITV. 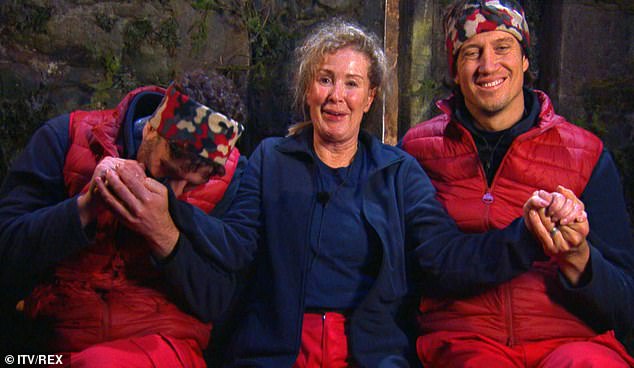 Back soon: I’m A Celebrity Get Me Out Of Here! continues tomorrow at 9pm on ITV