Donald Trump has sacked the head of a government agency that he set up to ensure the reliability of voting, over his insistence that the election was fair and secure.

Mr Trump tweeted: “The recent statement by Chris Krebs on the security of the 2020 Election was highly inaccurate, in that there were massive improprieties and fraud – including dead people voting, Poll Watchers not allowed into polling locations, ‘glitches’ in the voting machines which changed votes from Trump to Biden, late voting, and many more. 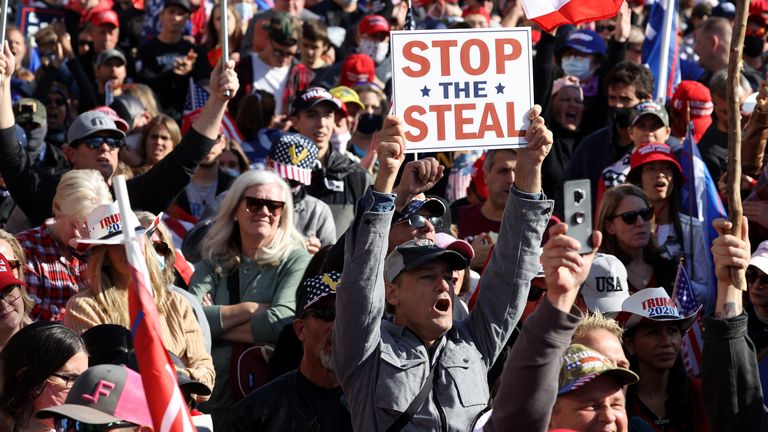 “Therefore, effective immediately, Chris Krebs has been terminated as Director of the Cybersecurity and Infrastructure Security Agency.”

Mr Krebs, who was hired by Mr Trump in 2016, tweeted a report on Tuesday that cited almost 60 election security officials which said there was no credible evidence of computer fraud in the election.

He has repeatedly denied claims by the president that the election was fraudulent, saying last week: “The November 3rd election was the most secure in American history.”

According to reports in US media, Mr Krebs was warned the White House may begin to attack him personally following his refusal to defend the president, after supporters of Mr Trump began targeting him.

He apparently learned of his sacking via President Trump’s tweet.

Tweeting after his dismissal, Mr Krebs wrote: “Honored to serve. We did it right. Defend Today, Secure Tomorrow. #Protect2020”.

The outgoing president remains staunchly defiant that fraud took place during the election and is still opening lawsuits in swing states in an attempt to get results overturned – despite having no hard evidence of any wrongdoing.

Reacting to the sacking of Mr Krebs, US Representative Adam Schiff, a Democrat who chairs the House Intelligence Committee, praised the former director, saying he “worked diligently to safeguard our elections, provide vital support to state and local election officials, and inform the American people about what was true and what was not.”

He added: “Instead of rewarding this great service, President Trump is retaliating against Director Krebs and other officials who did their duty.

“It’s pathetic, but sadly predictable that upholding and protecting our democratic processes would be cause for firing.”

It is not the first personnel change Mr Trump has made since the election, after firing his defence secretary Mark Esper, in an attempt to sure up support in the Pentagon.

President-elect Joe Biden’s office did not immediately return a request for comment.