Coronation Street‘s Elaine Jones fears Tim Metcalfe is moving too quickly next week as he tries to make up for lost time.

Elaine (Paula Wilcox) is the long-lost mother of Tim, who has spent a lifetime away from him due to Geoff’s evil abuse.

New spoilers for the aftermath of Corrie‘s 60th anniversary week have now revealed what’s next for Elaine and Tim (Joe Duttine).

Elaine and Tim agree to see more of each other so they can finally build up a mother-and-son bond. 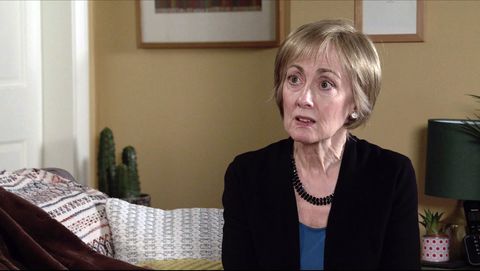 Despite this, Elaine is stunned when Tim invites her to move in with the family at Number 4.

Tim’s wife Sally (Sally Dynevor) is highly sceptical over this idea, believing that Tim is rushing to replace the relationship he once had with Geoff.

Tim is adamant that it’s a good idea and also tells Sally that he’d like them to fight to reverse the sale of Number 4, after they were tricked into being part of Ray Crosby’s scheming.

When Elaine returns to the cobbles again later on, she grows increasingly wary as an erratic Tim seems determined to make up for all of the lost years at once. 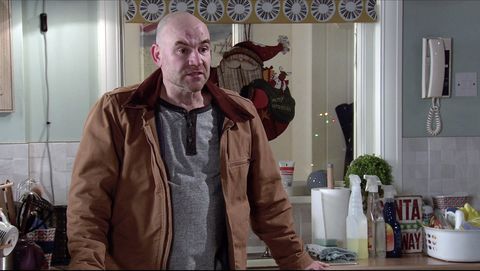 Later in the week, Elaine confides in Alya Nazir (Sair Khan) about her reservations over moving in with Tim.

Elaine explains that she doesn’t want Tim to feel rejected by her again if she says no. Alya suggests that it’s best to be honest.

Taking Alya’s advice on board, Elaine assures Tim that she’ll always be there for him, but they should take things more slowly. What does the future hold for them?

Digital Spy now has a newsletter – sign up to get it sent straight to your inbox.

The Road to Coronation Street [DVD]

The Unwelcome Visitor by Denise Welch

Deirdre: A Life on Coronation Street by Glenda Young

Starting Over by Denise Welch

Snow on the Cobbles by Maggie Sullivan

Jack Duckworth and Me by Bill Tarmey

A Working Diary by Julie Hesmondhalgh

Behind the Laughter by Sherrie Hewson

This content is created and maintained by a third party, and imported onto this page to help users provide their email addresses. You may be able to find more information about this and similar content at piano.io